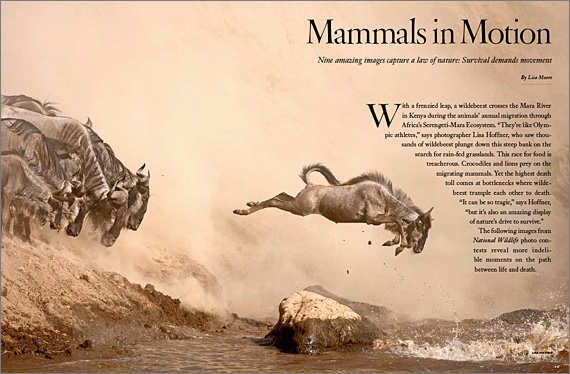 WITH A FRENZIED LEAP, a wildebeest crosses the Mara River in Kenya during the animals’ annual migration through Africa’s Serengeti-Mara Ecosystem. “They’re like Olympic athletes,” says photographer Lisa Hoffner, who saw thousands of wildebeest plunge down this steep bank on the search for rain-fed grasslands. This race for food is treacherous. Crocodiles and lions prey on the migrating mammals. Yet the highest death toll comes at bottlenecks where wildebeest trample each other to death. “It can be so tragic,” says Hoffner, “but it’s also an amazing display of nature’s drive to survive.”

The following images from National Wildlife photo contests reveal more indelible moments on the path between life and death. 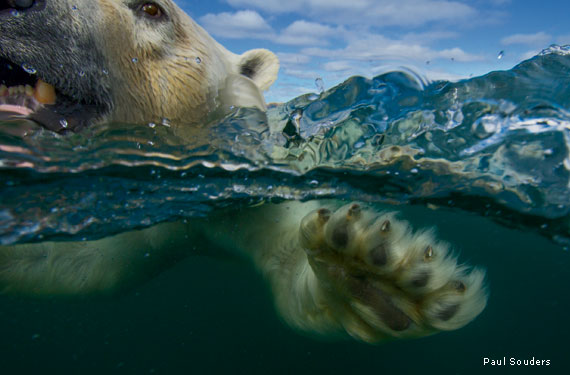 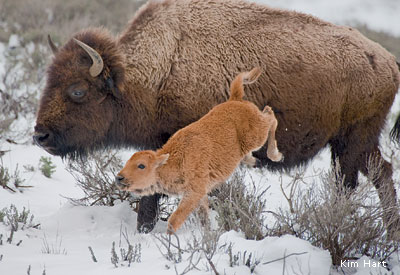 Three miles offshore with no ice in sight, a polar bear plows through Hudson Bay (above), likely on a search for ice where it can hunt. Paul Souders made the image when the curious bear pulled close to an underwater camera trailing Souders’ dinghy. “I wanted to show the energy, power and raw nobility of an apex predator in its element,” he says. Far to the south, a bison calf scampers beside its mother after a spring snow in Yellowstone National Park (above, right), and pronghorn leap a ravine in Colorado’s grasslands (below). Increasing fragmentation of such open lands is a threat to species that must migrate to survive. 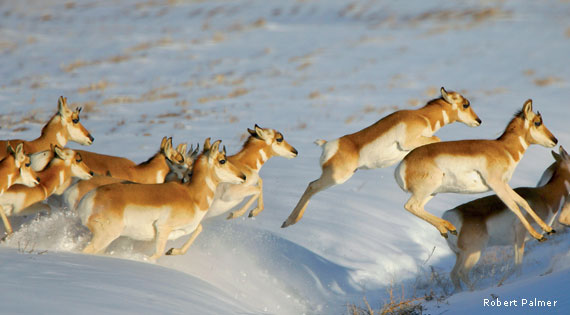 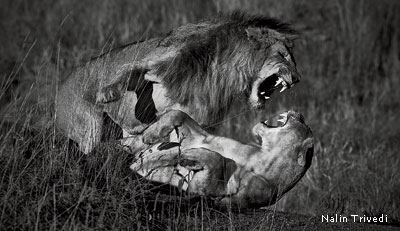 Aggression and pain are partners when lions mate to create new life. In Kenya’s Maasai Mara National Reserve, Nalin Trivedi spotted this pair near a water hole. For more than an hour he photographed from a distance to capture the moment without disturbing the lions. 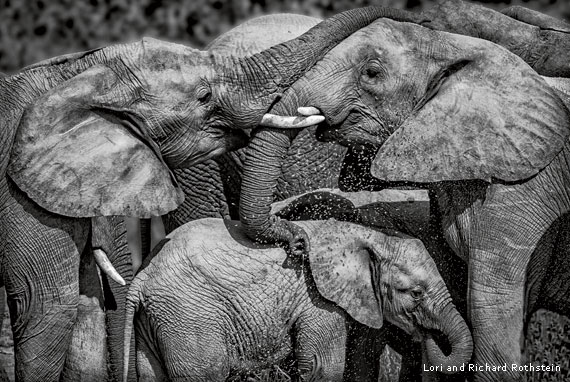 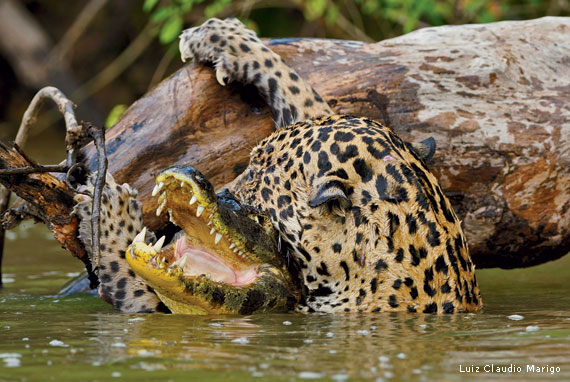 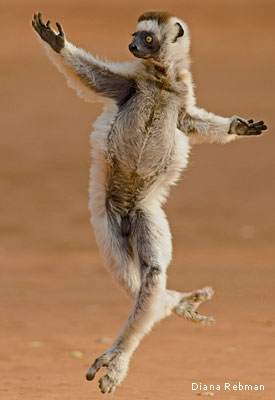 Two potent predators engage in deadly battle when a jaguar attacks a spectacled caiman in the Piquirí River of western Brazil (above). Late photographer Luiz Claudio Marigo saw the cat stalk its prey, leap into the river, bite the thrashing reptile’s neck and eventually drag it ashore.

Survival strikes a more artful pose in Madagascar, where a Verreaux’s sifaka (right) dashes across open ground to reach the safety of trees. With Madagascar’s forests falling fast, this endangered primate is in a race for its life. 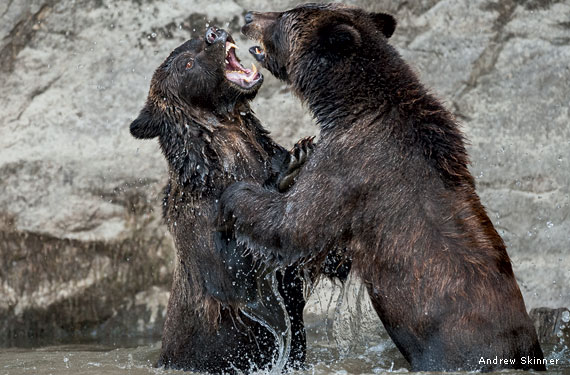 Bison, pronghorn, moose, mountain lion—these are just a few of the North American mammals that need large areas of land to roam so they can search for food, water, cover and mates. Yet many wildlife movement corridors are fragmented by roads, energy development and other intrusions, and road mortality alone takes a huge toll on wildlife. To help ensure safe passage, the National Wildlife Federation and its affiliates work with states, federal agencies and other partners to develop highway crossings for wildlife, restore and reconnect fragmented habitats and promote wildlife-friendly land-use policies.