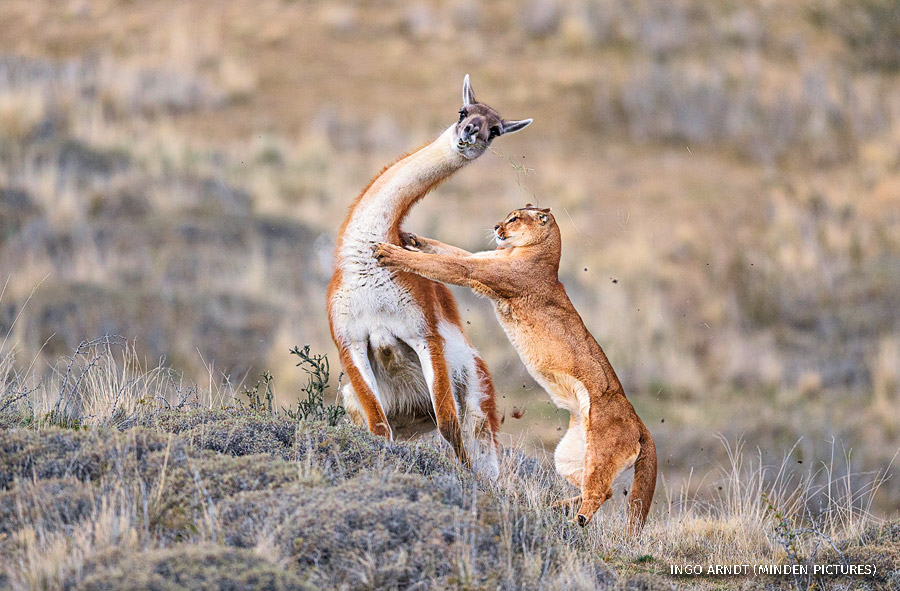 Ranging from the Canadian Yukon to South America’s southern Andes, pumas (above, hunting a guanaco in Chile) have the widest distribution of any native mammals in the Western Hemisphere. It’s no wonder, then, that these big cats—also known as cougars, mountain lions and panthers—play key roles in keeping ecosystems healthy. Based on data from 162 studies published from 1950 to 2020, a team of scientists from Germany’s Max Planck Institute and the conservation groups Panthera and Defenders of Wildlife report in Mammal Review that the felines have links to nearly 500 other species. “In many places, pumas ... are critical for helping maintain biodiversity because so many other species depend on them,” says Max Planck researcher Laura LaBarge, the study’s lead author. The team identified 203 species as puma prey and 281 species that scavenge on the cats’ kills. “What’s surprising is the range of species that benefit from feeding on puma kills,” says co-author and Panthera ecologist Mark Elbroch. Those kills are essential to the survival of many carrion-dependent animals, including Andean condors, caracaras and burying beetles. 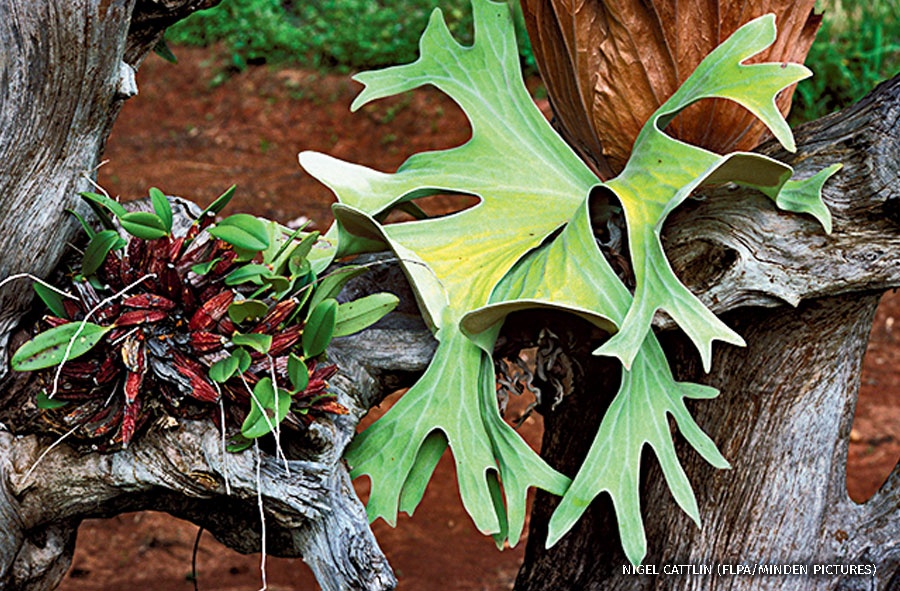 Biologists from New Zealand have identified the first-known example of a plant species that seems to exhibit eusociality, a behavior in which different members of a colony play separate roles that together perpetuate the group’s survival. Until now, scientists had recognized eusociality only in animals such as colonial bees, ants and naked mole-rats. “Plants were completely off the radar,” says Kevin Burns, a Victoria University of Wellington biologist who led a study of the staghorn fern Platycerium bifurcatum (above) on Lord Howe Island off Australia. Examining these epiphytic ferns growing at different heights in dozens of colonies, the researchers found non-reproducing brown nest fronds that anchor the plants on trees as well as antler-shaped green fronds that grow spores for the next generation. Some 40 percent of the fronds on each plant were not contributing to new growth. Such reproductive division of labor, the biologists explain in Ecology, is a classic criterion for eusociality. Burns says this division of tasks sets staghorn ferns apart from other colonial plants. 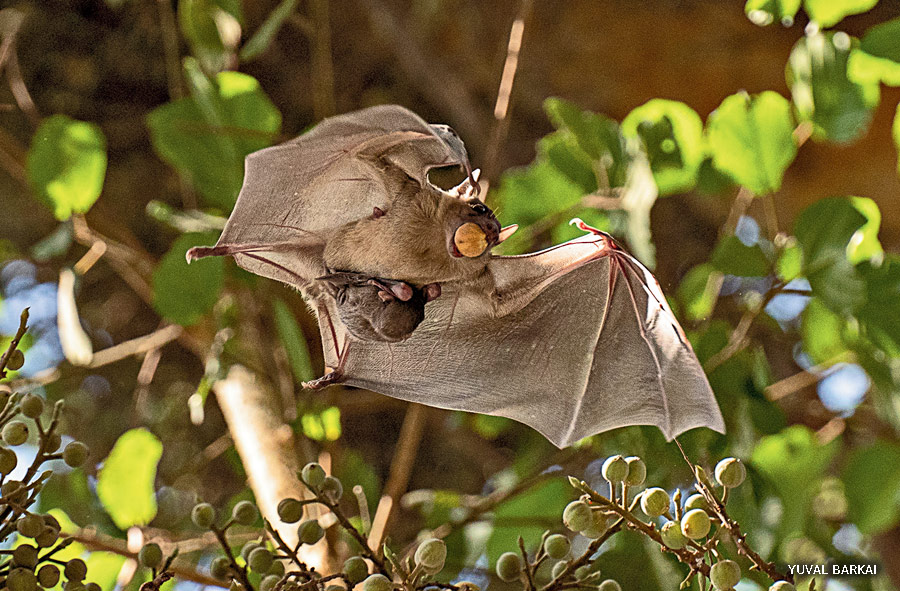 In a groundbreaking study, zoologists at Israel’s Tel Aviv University have discovered how mother bats teach their pups to fly and navigate. To follow the mammals’ movements, the researchers temporarily attached tiny monitoring devices to female Egyptian fruit bats (above, with pup) at a cave near Tel Aviv. They found that when a pup is a few weeks old, its mother begins carrying it outside the cave every night, leaving it in a specific nearby tree that serves as a “nursery” while she flies off in search of food. When she finishes foraging, mom returns to the tree, then carries her pup back to the cave. Through this repetition, the pup learns how to fly and navigate as its mother gradually expands her circle of flight, the researchers report in Current Biology. Even as the pups grow larger and heavier, their mothers continue to carry them each night. “We were amazed to see these results,” write lead authors Aya Goldshtein and Lee Harten. Somehow, they say, the pups learn to fly and navigate while clinging upside-down to their mothers’ bellies. At about 10 weeks old, the bats become independent.