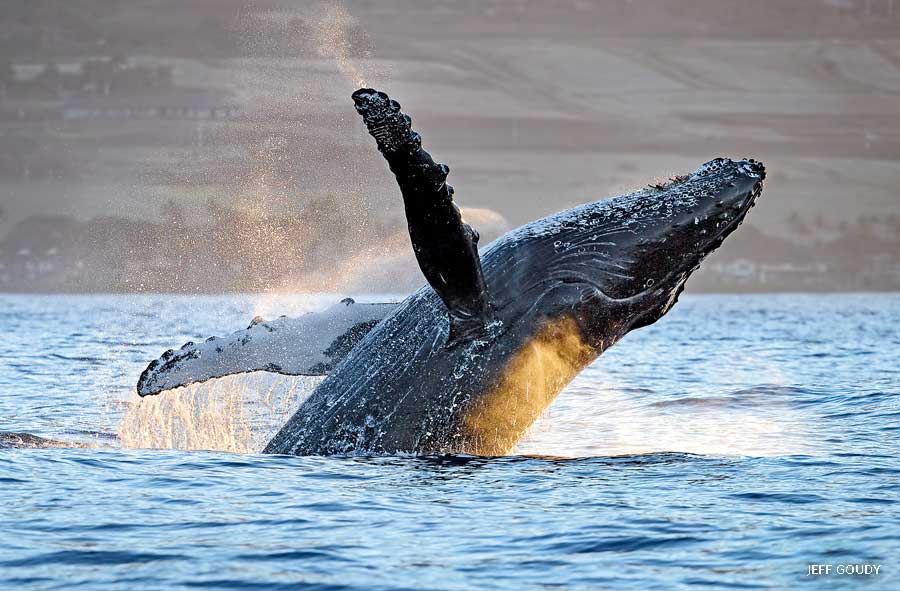 After analyzing several years of high-quality underwater recordings, scientists report that humpback whales (above) from one region of the South Pacific can learn incredibly complicated melodies sung by humpbacks from another region nearly 2,000 miles away.

In their investigation, published recently in Scientific Reports, the researchers measured the number of sounds and the length of sound patterns produced by humpback populations off the coasts of both east Australia and New Caledonia. “By listening to the Australian humpbacks, we were able to see if the songs changed in any way when sung by the New Caledonian whales,” says lead author Jenny Allen, a University of Queensland research fellow. “We found they actually learned the exact sounds, without leaving anything out.”

How do humpback whales in one place learn from whales that live in another population located so far away? The scientists believe that the animals are hearing the new songs on shared migration routes or in common feeding grounds in Antarctica. “It’s rare for this degree of cultural exchange to be documented on such a large scale in a nonhuman species,” says Allen. 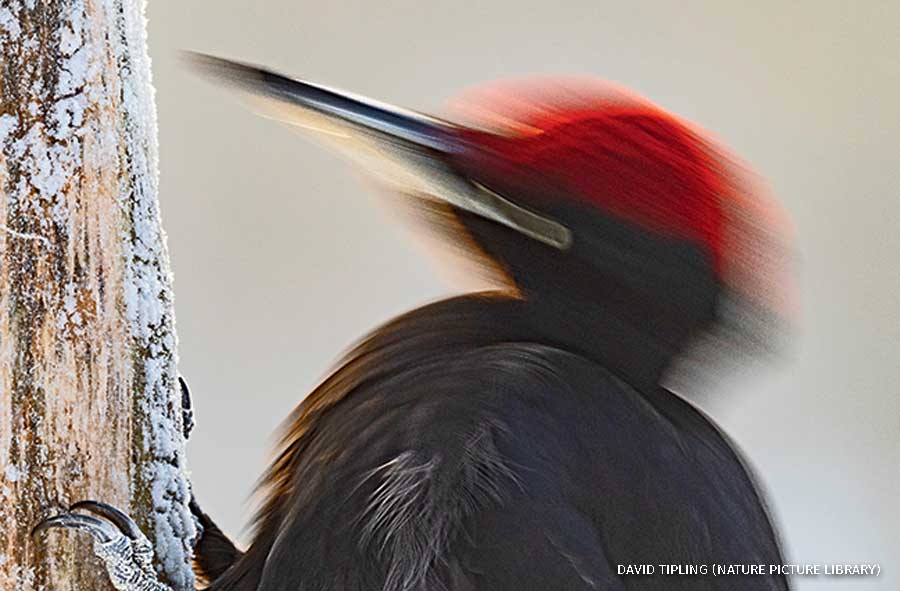 Why don’t woodpeckers get concussions? Reporting in Current Biology, a team of scientists has refuted the long-assumed correct answer—that woodpecker skulls act like shock-absorbing helmets to protect the birds’ brains when they pound their beaks against tree trunks. In analyses of high-speed videos of black (above), pileated and great spotted woodpeckers, the researchers found that the birds do not absorb the shock of the impact with a tree. “Their heads basically function as stiff, solid hammers during pecking,” says lead author Sam Van Wassenbergh, a research professor at Belgium’s University of Antwerp. Building three-dimensional, biomechanical models of the birds, the scientists also concluded that shock absorbance by the skulls would severely hinder the birds’ pecking abilities. Though the acceleration of each peck exceeds the known threshold for causing concussions in humans, the birds’ smaller brains can withstand the jolts. “The absence of shock absorption does not mean their brains are in danger during the seemingly violent impacts,” Van Wassenbergh says. Even the strongest shocks from dozens of pecks the team analyzed appeared to be safe for woodpecker brains. 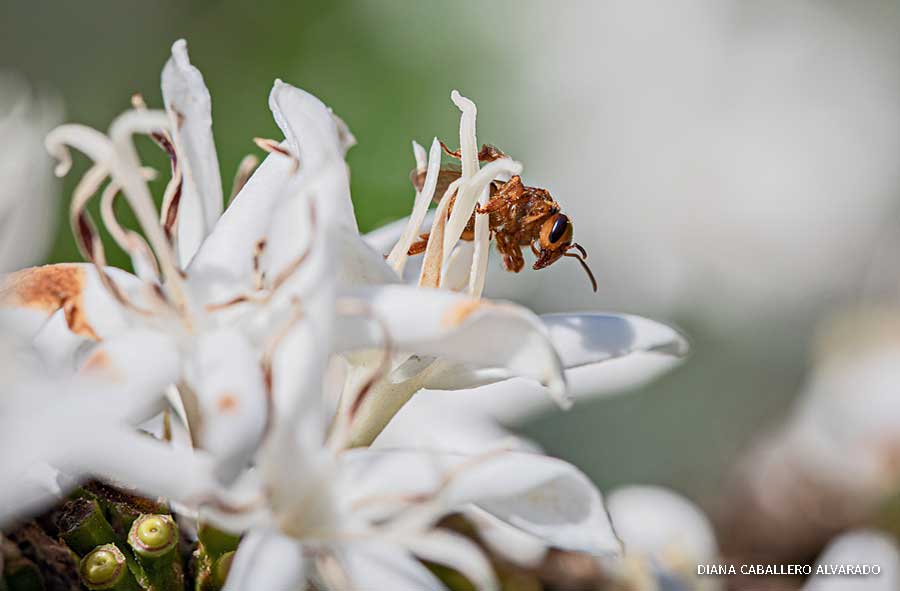 Need that cup of Joe to get going in the morning? Say “thank you” to the birds and the bees that team up on farms where coffee is grown. Conducting field work on 30 Costa Rican coffee farms, researchers discovered that coffee beans grow larger and more plentiful when birds and bees join forces—with the bees pollinating the plants (Scaptotrigona pectoralis on coffee flower, above) and the birds protecting them from pests. Writing in the Proceedings of the National Academy of Sciences, the scientists report that without the combined efforts of these winged helpers—many of which have migrated from thousands of miles away—the $24 billion coffee industry would suffer nearly a 25 percent decrease in crop yields. They say their findings suggest that ecosystem services can be appreciably more valuable together than separately. “Nature is an interacting system, full of important synergies,” says lead author Alejandra Martínez-Salinas, an ecologist at Costa Rica’s Tropical Agricultural Research and Higher Education Center. 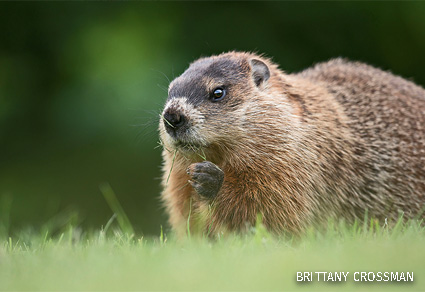 Reviewing hundreds of predictions from dozens of locations since the first Groundhog Day in the 1800s, researchers report in Weather, Climate, and Society that the celebrated rodents correctly predict spring’s onset just 50 percent of the time.